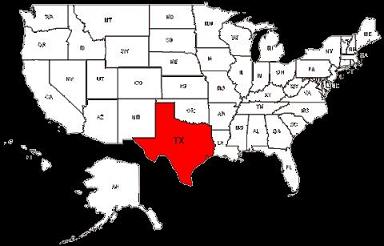 OUR last post on this subject was Don McLeroy v. Thomas Ratliff: 04 Nov ‘09, about an article in the Texas Tribune stating that “the fight for the soul of the Texas GOP may be down the ballot in a race for State Board of Education.”

Today we’ve found another article at the Texas Tribune website that bears on the McLeroy v. Ratliff contest. It’s cleverly titled: A Chip Off the Old Bloc.

But Agosto is no longer important (if he ever was), and we suspect his departure was only an excuse for the Texas Tribune to speak with McLeroy. If you pay attention, the article is really about Don McLeroy, the principal force behind the Texas Science Chainsaw Massacre. Here are some excerpts, with bold added by us:

State Board of Education former Chair (and current member) Don McLeroy wasn’t too concerned about losing Democratic swing-vote Rick Agosto. At least not at first.

“The big impact will be if I depart,” McLeroy said over the phone.

For once, we agree with the creationist dentist. Let’s read on:

And later: “Frankly, as far as some of these key battles where we actually can’t come to a total consensus, I don’t think it will make much difference, as long as I can get reelected.”

Which is more impressive — McLeroy’s modesty or his grasp of science? We continue:

During the brief interview, McLeroy was pretty adamant that Agosto’s votes didn’t play a major role in furthering the conservative agenda, and he pointed to the science curriculum, where Agosto’s votes regarding evolution and the like were pretty wishy-washy.

We’ve made the same observation; however this point of agreement with McLeroy won’t last long. Here’s more:

But an hour later, McLeroy called back with some different news. Agosto’s abstention on the math book, which McLeroy dismissed initially, was actually essential, he said. “We never could have done that without him,” McLeroy said in a voice message.

Why the change? Perhaps McLeroy realized the danger the conservatives on the board would face without Agosto. While Agosto is a Democrat, his votes and abstentions have often allowed the seven far right members of the board to control the agenda.

We’ll skip a bit about the financial scandal in which Agosto is currently involved. He’ll be off the Board, so who cares? Let’s get to the last paragraph of the article, in which McLeroy discusses Dr. Michael Soto, who has declared for Agosto’s seat:

McLeroy said, should Soto win, he will be surprised by the board and its members. “I think he doesn’t understand what we’ve done,” McLeroy said during the interview. “If he depended on the San Antonio newspaper and the Austin American Statesman and the Texas Freedom Network — they make us out to be awful sometimes.”

From what we’ve read, Soto understands quite well what McLeroy’s done. That’s why he’s running.

So we’re left with a question — will anything change after Agosto’s departure? In the modest words of that world-famous genius, Don McLeroy: “I don’t think it will make much difference, as long as I can get reelected.”

And that, dear reader, is why the article in the Texas Tribune is really about the Don McLeroy v. Thomas Ratliff contest. Here’s Ratliff’s campaign website. Check out the section on Creation vs. Evolution. If you can vote in that election, you know what to do.

One response to “Texas Board of Education: Don McLeroy Interview”