Oklahoma Creationism: One Down, One To Go 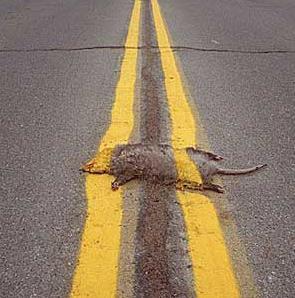 A month ago we told you about the first of Oklahoma’s two creationism bills this year — Josh Brecheen’s 2013 Creationism Bill.

That was SB758 , based on the anti-science, anti-evolution, pro-creationism Academic Freedom Act promoted by the Discoveroids — described in the Cast of Characters section of our Intro page. We’ve already critiqued their model bill here: Curmudgeon’s Guide to “Academic Freedom” Laws.

The National Center for Science Education reports: Antiscience bill dies in Oklahoma. They say, with bold font added by us:

Senate Bill 758 (document), the so-called Oklahoma Science Education Act, which would have undermined the integrity of science education in the Sooner State, is dead. February 25, 2013, was the deadline for Senate bills to pass their committees, but the Senate Education Committee adjourned its February 25, 2013, meeting without considering it.

The committee gave the bill all the attention it deserves. It was sponsored by Senator Josh Brecheen – District 6 , the tractor salesman who has become a motivational speaker. He’s sponsored similar bills before. Definitely a hard-core, incurable creationist.

Our clandestine operative in Oklahoma — code name “OO” — reminds us: “However, remember last year where at a late date a similar House bill that had been killed got filed as an amendment on the Senate floor.” We remember that — see Oklahoma Creationism Bill — It’s Back Again! What had been a totally unrelated bill was suddenly amended to become a creationism bill. But it didn’t go anywhere.

Assuming that kind of procedural slime doesn’t happen again, Oklahoma still has to consider Blackwell’s 2013 Creationism Bill, which is similar to Brecheen’s bill.

The Oklahoma legislature is scheduled to adjourn on 31 May.

One response to “Oklahoma Creationism: One Down, One To Go”