The Cosmic Aardvark Is Smiling 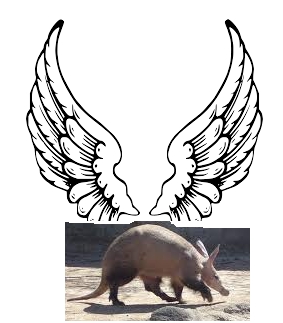 This will be a strange Free Fire Zone, because we can’t can’t find anythiung to blog about except the spectacular news just provided by docbill, which we repeat here, with one Curmudgeonly interjection:

Appears the Biologic Institute [An enterprise of the Discovery Institute] is history, green screen and all. On their 2019 990, Director Axe will no longer draw a salary, but will be a prof at Biola “Univ.” Office space is for rent. Location is listed as “permanently closed.” Their final 990 showed a loss of $133,000.

This is interesting news indeed! We can add it to the catalog of catastrophes we listed in Discovery Institute: A History of Failure.

And that explains why the Cosmic Aardvark is smiling. But because there’s nothing else happening, we’re declaring another Intellectual Free Fire Zone. Please use the comments for the discussion of pretty much anything — science, politics, economics, whatever — as long as it’s tasteful and interesting. Banter, babble, bicker, bluster, blubber, blather, blab, blurt, burble, boast — say what you will. But avoid flame-wars and beware of the profanity filters.

Okay, we now throw open the comments to you, dear reader. Have at it.

19 responses to “The Cosmic Aardvark Is Smiling”